Ludwig Balser was born on the 9th of March in 1999 in Heidelberg, Germany. At the age of 4 he began taking violin and piano lessons, receiving piano lessons from his father Uwe Balser.
From 2003 to 2007 he studied the violin with Claudia Töniß in the music school of Bensheim.
Following that, Ludwig took violin lessons with Prof. Valeri Gradow in Mannheim and Lugano until October 2016.
Since then, Ludwig has been studying violin with Prof. Dora Bratchkova at the Hochschule für Musik und darstellende Kunst Mannheim.

In addition Ludwig has participated in international courses in Hamburg and Kronberg, were he received private lessons with Prof. Stephan Picard, Anna Lee and Marie-Elisabeth Hecker.

Since 2011, Ludwig Balser has been giving regular solo concerts in Heidelberg, Hahnstätten, and Saint Petersburg (the fifth of which was in 2017).
In 2013 he performed Beethoven’s two Romances for violin and orchestra together with the Flora Symphony Orchestra Cologne and in October 2015 he performed the first piano concerto by Fréderic Chopin with the Collegium Musicum Bergstraße.

In total, he was awarded with four 1st prizes in the competition “Jugend Musiziert” in the categories piano-duo and solo violin.
In addition he was twice the recipient of a special prize from the Mayor of the City of Darmstadt.

In 2009 Ludwig Balser was awarded 2nd prize at the National Bach competition in Köthen as well as the special prize for the best interpretation of a piece composed after 1960.
At the “Tonkünstlerverband Baden-Würtemberg” Competition in 2014, he was awarded 1st prize in the category solo piano.

From 2014 to 2017 Ludwig Balser received a scholarship from the “Domhofstiftung”.

During this time, he was a member of the National Youth Orchestra of Germany as both a violinist and a pianist. He was appointed both principal 2nd violin and Concertmaster.
He recorded two CD’s with the National Youth Orchestra of Germany for the WDR (Westdeutscher Rundfunk) and played two concerts under the baton of Sir Simon Rattle at the yearly Easter Festival of Baden-Baden.

In October 2017 he participated in the concert series “RCO meets Europe- side by side” together with the Royal Concertgebouw Orchestra Amsterdam under the baton of Daniele Gatti in the Berliner Philharmonie.

Since 2017 he is a member of the LGT Young Soloists and has already performed in places such as the Musikverein in Vienna, Elbphilharmonie Hamburg, Tonhalle Zurich, Tonhalle Maag Zurich, Gasteig in Munich, St John´s Smith Square in London, on the MS Europa 2, Victoria Hall in Singapore and St. John´s Cathedral Hong Kong.

In Summer 2019 he performed the premiere of the “Kreutzer” Sonata (arranged for string Orchestra and solo violin) at the Rheingau Music Festival with the LGT Young Soloists. 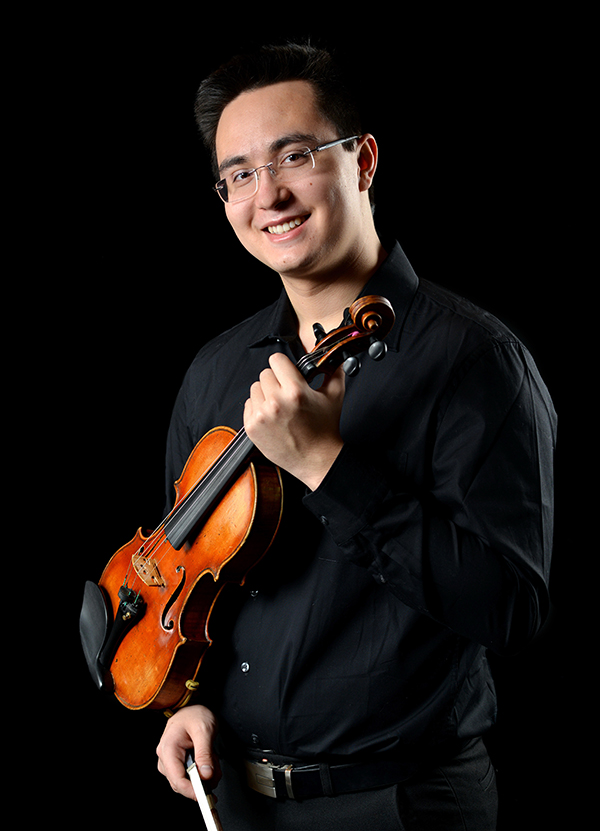